In this weeks video, Jamie takes us through a brief Vancouver Real Estate History from 1994 to 2019.  He also points out some current market signals that may be indicators of where we are headed for the rest of 2019 and beyond.

Today we are going to take a little trip down memory lane and take a look at the Vancouver Real Estate market from 1994-2019. We might even speculate a little on where the market is going. We are going to go back the last 25 years and quickly talk about what’s happened in the market since then and where we might be going in the short term future.

Between 1994-2001, Real Estate Markets in Vancouver were pretty darn quiet. The rest of the market in Canada was booming but BC was being held back. We didn’t have a lot going on in the province and the political climate wasn’t really stable. It didn’t look really appealing, and that combined with the exodus of the Hong Kong Chinese in 1997, had an effect on the market until we got up to about 2001.

In 2001, two things happened to drastically influence our Real Estate market. In May of 2001, we had a Provincial Government change for the first time in 10 years. Literally, within a week the phones started ringing off the hook and the markets got a heck of a lot busier and continued to go straight up until about 2008 where we became victims of the U.S. banking crisis. The second event in 2001 was the terrorist attack of September 11,  which resulted in drastic interest rate cuts in the U.S. and Canada as well. This brought a flood of buyers into the market resulting in the crazy bidding wars and drastic price increases that continued right until 2008. 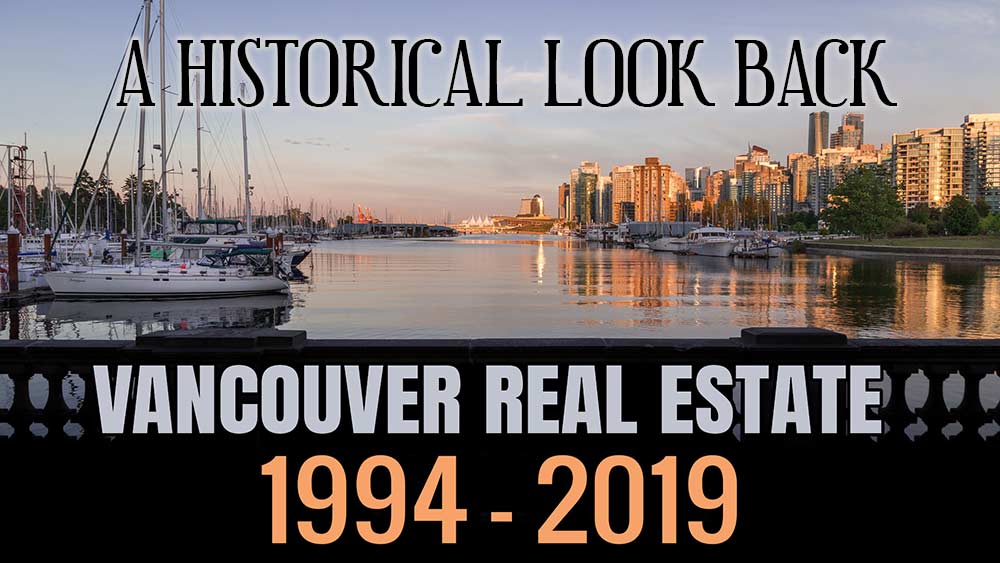 From approximately mid 2008-mid 2009, the markets were not very good, they came to pretty much a grinding halt. As things started to recover they again came back and pretty much went straight up until 2016. There was a little hiccup in 2012 for about a 6-12 month period, but straight up for the rest of that time.

In 2016, the Provincial Government came through with their taxation on foreign buyers. Foreign Buyers taxes, Empty Homes taxes, increased Property Transfer taxes, etc. For the last 3 years, the detached housing market around the city has not been very exciting at all. The condo market remained pretty strong for the next 2 years until the middle of last year when they started to slow down.

So where is the market going to go? Here are four interesting things that I know that could actually help this market pick up over the next few months and for the last part of the year.

Number 1, there is a possibility of lower interest rates again. The Bank of Canada says there could be some more interest rate relief in the next 60-90 days.

Secondly, it is a federal election year. I’m not trying to get political here, but apparently many millennials don’t vote. Either party is probably going to grab this and run with it on their platform, promising they will ease the stress test. This would be a big bonus for the millennials in helping them qualify for their purchases. Watch for that, as I bet it will be on somebody’s platform, if not both the major parties.

The 3rd thing is pent up demand. A lot of buyers have been waiting for a year or two to buy a property because they are waiting for the market to bottom out. The one thing I like to always tell people is don’t wait too long because there is only one way to know when a market has hit the bottom. How do you know when it’s bottomed? When it’s on the way back up!

I’m not saying these things are going to happen, but I wouldn’t be surprised if they did. This summer could be the time if we saw the bottom of the market hit if some of these things come through.

The last thing I want to talk about is the political situation in Hong Kong. There is a lot of unrest there right now, which I am sure you have been reading about. The very interesting thing is that 300,000 citizens in Hong Kong hold Canadian Passports. It would take nothing for them to move back here, where they do not have to pay the foreign buyers tax. This could really give a jumpstart to the market for the latter half of this year if all of these things came through.