In this weeks video, Jamie illustrates some positive indicators and signs he saw in the market last month.

Today we are going to talk about the current state of the Greater Vancouver Real Estate Market.

The good news is that the Greater Vancouver market showed some life in the month of May. Market activity and statistics were better than I have seen since last summer. It is way too early to say that the market is turning around as it could just be a blip but there are some interesting indicators that show signs that this market might actually be starting to turn around.

Here are some things that I know for sure. There is pent up demand out there for buyers and the reason I know this is because there have been 78 properties in the Downtown, Eastside, Westside, Richmond or Ladner areas that sold with multiple offers in the month of May.  The 1990’s were the last time we saw the market so dead for a sustained amount of time. During the 1990’s there were never multiple offer situations because there was just not as many buyers around. It is a different feeling this time and buyers are around. Since inventories have risen, the only properties that get these multiple offers are the ones that are priced very well and are considered great value by buyers.

A lot of these buyers are waiting around for the market to bottom out. But how do you know when the market has bottomed out? You would only know the bottom has occurred when it is on the way back up and you’ve already missed it!  It is impossible to predict and time “purchasing at the bottom”  and everyone wants the best value. What I will tell you is that house and condo prices have been the best they have been in years. 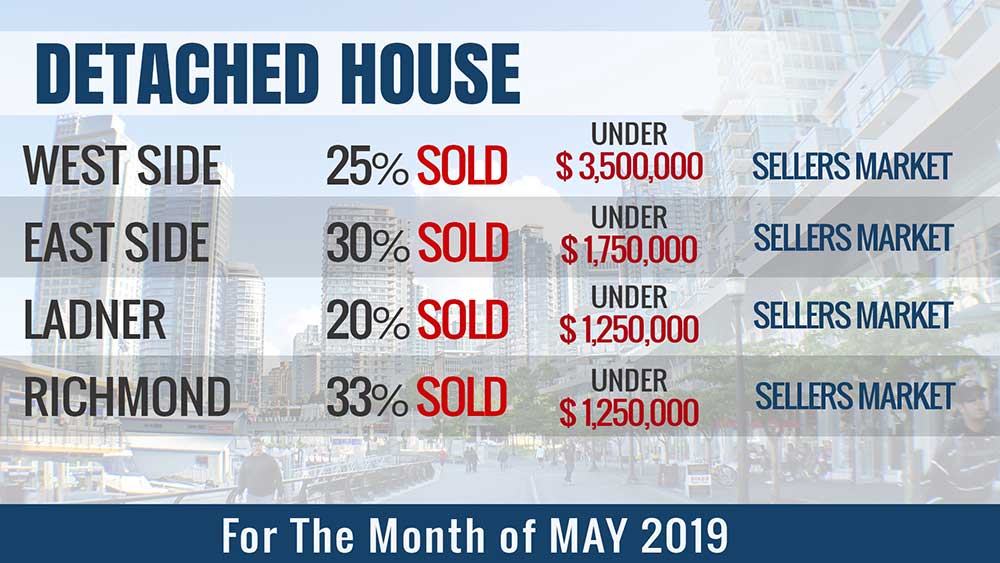 We also have interest rates that are at 2-year lows, which will help to some degree and may have impacted the market last month. We have a federal election this fall, and both the Conservatives and Liberals are after the millennial vote. You have to think that one of them, or both of them, in their platform will be talking about the stress test to make it easier for millennials to get into the market and to entice them to vote for them. 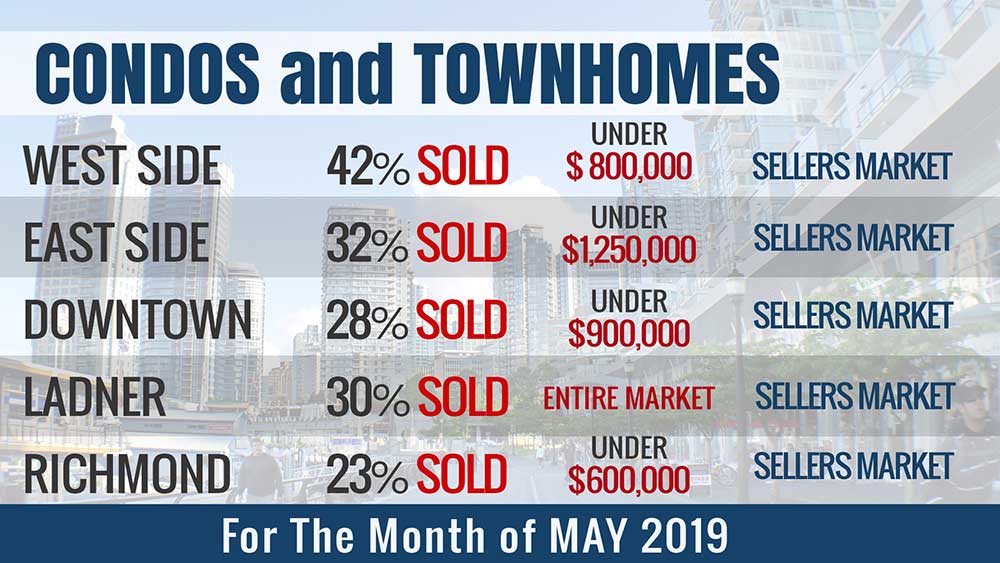