Vancouver is Not A Bubble Market

In this weeks video, Jamie explains why he believes the Vancouver Real Estate Market is NOT a “Bubble Market”.

I want to explain to you why in my opinion this market is not a bubble market. I wouldn’t have said that 2-3 years ago when the government first rolled out all of their interventions. I had no idea, along with everyone else around here, what that was going to do the market. However, it has now been 3 years since the foreign buyer’s tax was implemented, and the detached housing market has been that slow for that long as well.

A couple of things tell me that this is not a bubble market. First of all, there are several parts of the market that are still a seller’s market and have remained sellers’ markets during this entire period since August of 2016. The Downtown condo market, Westside detached and attached, Eastside detached and condo market, Richmond and Ladner, are all seller’s markets on the lower end of the price range. 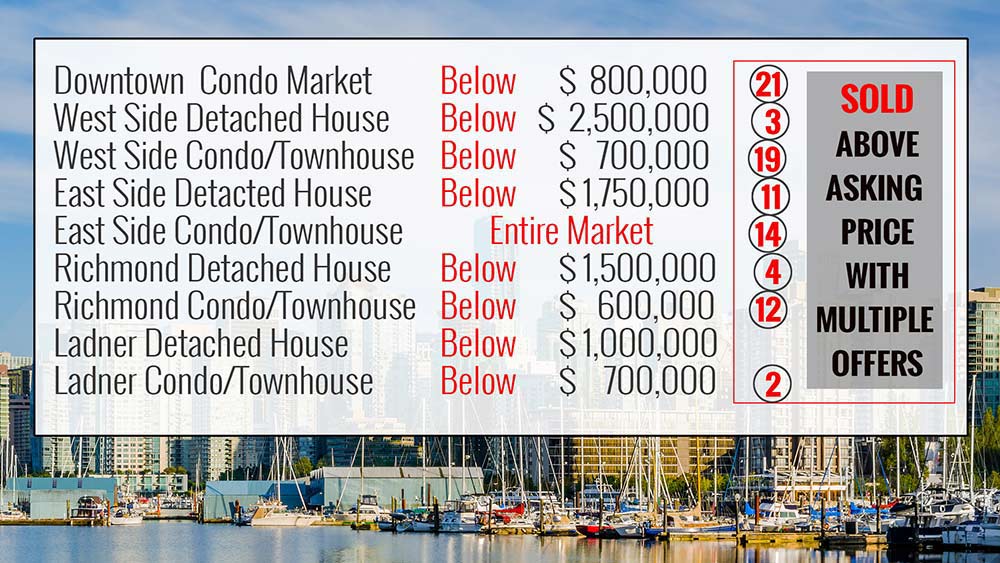 In the month of June, homes that have sold with multiple offers include 10 Downtown condos, 2 Eastside houses, and 5 Westside condos to name a few. In the 1990’s, when the markets were slow like this for an extended period of time, you never saw multiple offers on anything. It just did not happen and there weren’t that many buyers.

One of my points of contention here is that you wouldn’t see any multiple offers situation if this was a bubble market that was going to tank. The 2nd thing is that prices would have dropped a heck of a lot more in three years then they have dropped. When markets tank, as they did back in the early ’80s (which was long before I was even in Real Estate) they dropped almost 50% in a period of less than a year. That was a bubble market that burst. Things have changed a lot in Greater Vancouver since then. We have 40,000 people coming to the Lower Mainland every year and there is not enough housing. That is probably what still keeps this thing afloat. If we did not have the massive immigration, maybe this thing would have burst and we would have had some serious problems.

In closing, I would like to say again, this is not a bubble market. If it were, we wouldn’t see the prices remaining reasonably stable and only having experienced modest declines.