In this weeks video, Jamie  breaks down the current Vancouver Real Estate picture for July 2019 and lets us know what the Vancouver press is not talking about.

Today we are going to talk about the Greater Vancouver Real Estate Market and give you an update on what many people are calling a bubble market.

After a slight rebound in the market in May things went back to where they’ve been for the last few years in the Greater Vancouver market in June. Sales were at a 19-year low and had not been that soft since June of 2000. The sales were 34% below the 10-year average for June, and that’s pretty much the way it has been for the last year to year and a half around Vancouver. What it means is that there is a lot of supply, and not a ton of demand for the higher side of the market. For buyers, it takes away that sense of urgency that they had when everything was multiple offers. They can now sit back, take their time, and cherry-pick through the best homes that they deem to be the best value. They are also in a position where they can write shockingly low offers on certain properties. I had an offer situation in May, where we received 6 offers on a property (and that doesn’t happen an awful lot nowadays, but it was priced well and it was a very nice house). Out of the six offers, only one of them was asking price. The other five were below the asking price and two of them were even subject to sale offers (which you just wouldn’t have seen if the market was really busy). 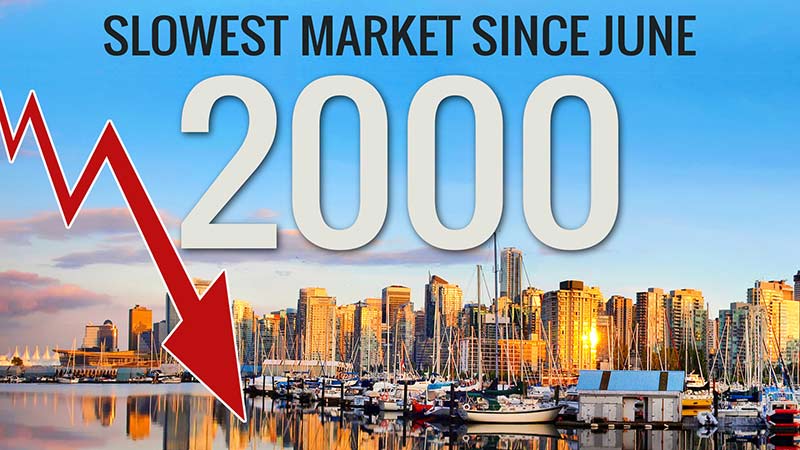 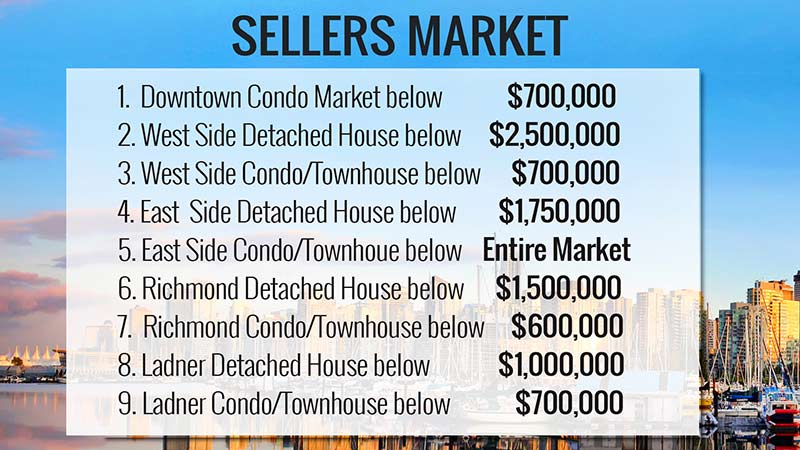 What I have determined from this is that this is not a bubble market. If it were a bubble market, things would have tanked by now. The prices haven’t come off that much to where I feel that is correct to call it a bubble. Sales have been brutal for 3 years, things are off and they’re down, but I call it more of a market correction. All of the haters are going to say its just this realtor trying to boost things up one way or another, but it doesn’t make any difference to me; properties still sell one way or another. I am not here to advocate to get the market rolling as if I had the influence to do that anyway!

This is the time to buy real estate. It doesn’t make any sense to go out and buy it when there is a line up of buyers down the block and you’re going to get into multiple offer situations. Go back to 2008-2009 when the US banking crisis occurred, and I was saying the same thing, to buy when the market is slow. If you had bought in early to mid-2009, after the market had a year to soften, it would have been a great time to ride the market up as it did all the way until 2016 when it softened again.

What is the 6-month outlook for the rest of the year? We had a couple of opportunities earlier on this year where some things might have turned the market around. The election in Nanaimo earlier this year might have had an effect on the market if the Liberals had somehow won that seat and been able to force the NDP out of government. The stress test relief they have been talking about for 6-8 months could have an effect if they eliminate it or reduce it more than the small reduction they just made. The stress test has had a real effect on the market that people do not realize. Now with the upcoming Federal Election, it is hard to believe that not one of the Liberals or Conservatives will use that as an inducement to attract the millennial vote.

The other thing that may have an effect on the market, although it seems to have quietened up over the last week or two, is the Hong Kong situation with the political unrest. 300,000 Hong Kong citizens currently hold Canadian Passports and you have to figure that a lot of those people will be heading to Vancouver if the political situation worsened there.